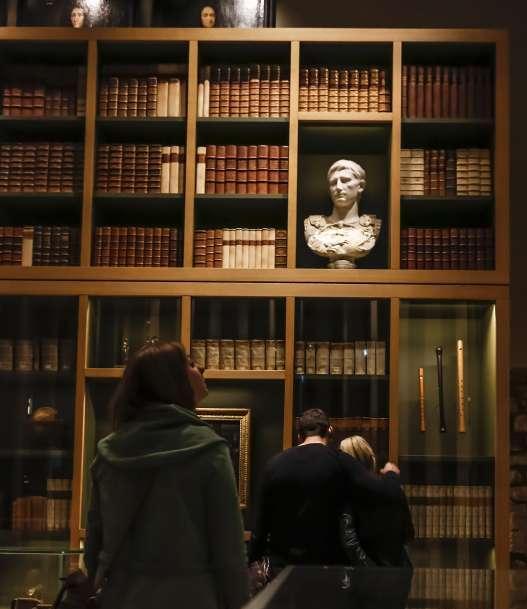 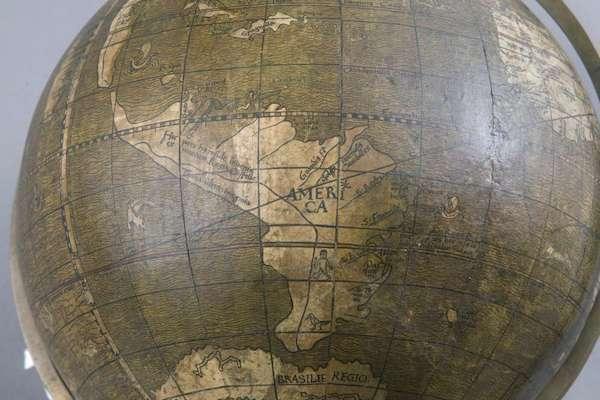 A library full of curiosities

The Johann Martin Waldschmidt museum in the city library

The Frankfurt city library was opened to the public at the end of the 17th century; lawyer and private collector Johann Martin Waldschmidt was its first full-time librarian.

The library collected not only books, but also portraits of well-deserved citizens, pastors and scholars, the busts and coins of Roman emperors, valuable globes and scientific instruments, antique archaeological finds from the city’s territory, wind instruments of the city’s Kapellmusik from the 16th century and valuable gifts to the city council – such as the “English monument”, a grand goblet in the shape of a pillar, which English religious refugees left behind in 1557.

In the 17th century, the Frankfurt city library, whose roots date back to the Middle Ages, became the first collection in Frankfurt that was open to the public and similar to a museum. As well as books, its librarian Waldschmidt was able to record paintings, coins, antiques, natural objects, instruments and sculptures in the catalogues. But how did such an extraordinary universal collection come to be?

The old Ratsbibliothek and the Barfüßermönche (=Franciscan) are the heart of the city library. However, as of the 16th century, not only books were housed in the city library. Rare, valuable and strange objects were also stored here. In 1691, the first full-time librarian was hired – trained lawyer Johann Martin Waldschmidt (1650-1706), who was also educated in theology, history and science. In his oath, he had to swear to make sure that “as well as books”, “other rare things and curiosities would be brought to the library”.

The collection inventory of the city library was diverse from the very beginning. There were astronomical and scientific devices, archaeological finds and excavations from the surrounding area of Frankfurt, minerals and fossils, ivory, gold and silverware, a painting gallery by erudite men and a coin collection. This was all looked down on by portraits of Roman emperors, whose lives and ruling were supposed to set an example for people at the time. Two excellent objects of the collection are the world globe of Johannes Schöner from 1515 and the celestial globe by the Langgren brothers dating back to 1594.

Waldschmidt himself was also a passionate collector and possessed a cabinet of curiosities consisting of natural objects, with molluscs and minerals as well as a coin collection. It was because of him that the city library became the first public museum collection in Frankfurt. Library visitors had the chance to read the books and look at the objects twice a week at set times.