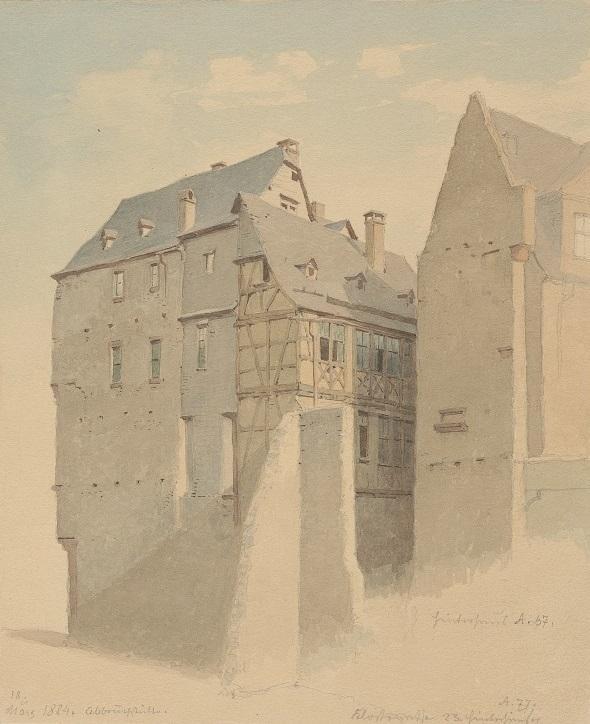 'One must hurry to see Frankfurt; it's not a city on its deathbed, but on the contrary a city awakening to new life; in the eyes of the archaeologist, historian, and artist, however, this resurrection is tantamount to death. Another ten years of ongoing transformations and the old imperial city will have preserved nothing of its past but photographs.' (Victor Tissot, 1875)

Frankfurt, eternal construction site: that was just as true in the nineteenth century as it is today. Back then, the cityscape was changing at an unprecedented rate. The industrial revolution brough about a steady rise in the town population and the town constantly grew to keep pace. Speculative building and the construction of large boulevards and railway lines dominated the city planning activities. The infrastructure was modernized or 'rehabilitated', which often meant the disappearance of entire residential districts.

Carl Theodor Reiffenstein reacted to these developments. In pictures and written descriptions, he strove to record the buildings threatened with demolition and the ever-evolving townscape – not as a photographer, but as a painter and historian. Between 1836 and 1893, he produced some 2,000 drawings and watercolours as well as nearly 2,400 pages of handwritten notes documenting the history and changing states of the built structures. In his Collection of Views of Frankfurt he drafted what might be called a 'psychogeography' of the town: a personal space of social remembrance.

Reiffenstein's dismay over the disappearance of buildings and Frankfurt's historical fabric are a recurring theme in his memories and notebooks. His countless wanderings in the town regularly remined him of his youth and the beloved – and now endangered – romping grounds of his childhood. The deeply melancholy sense of loss and the desire to preserve Old Frankfurt for posterity were the driving force behind his creative work. He went to wherever buildings were threatened with destruction and recorded them in their entirety or in details before they vanished for good.

Yet his ambitions far transcended the bounds of personal memory. Reiffenstein set out to preserve the architectural legacy of his native city for the future in all its aspects and details. He wanted his collection to be an accurate historical source for later generations. Within that context, his concern was not only with prominent monuments of artistic value, but also with the ordinary houses in which the people of Frankfurt lived and worked. Complete with their back courtyards, stairwells and vaults, residential interiors and workshops, these houses stood for the communal way of life Reiffenstein knew from his childhood. With his oeuvre, he created a unique source on the artistic and social history of Frankfurt. At the same time, he laid the cornerstone for the romanticist idealization of pre-industrial 'Old Towns' that were gaining popularity as modernization progressed.

Yet Reiffenstein was first and foremost an artist an landscape painter. His Collection of Views of Frankfurt was a leisure-time activity. He roamed the town with his sketchbook and captured squares, lanes, and houses in pencil drawings. He later developed many of the drawings into watercolours. On account of their painterly qualities and intimate atmospheres, these carefully composed little artworks were extremely popular with the public. Reiffenstein responded to the demand, frequently producing several versions of the same motif.

Reiffenstein's Views of Frankfurt are among the core holdings of the Historisches Museum: the artist sold them to the city in 1877. Now the museum is presenting this collection to the public in an extensive exhibition for the first time. The show conveys the artist's perspective on Old Frankfurt in 34 small sections devoted to such as the town fortifications, lanes, wells and fountains, cemeteries, the 'House of the Golden Scales', Jews' Lane, inner courtyards, panoramas, speculative building, and romanticism. There is no pre-determined route through the presentation. As a visitor, you can roam at leisure as you would the narrow lanes of the old town – and take a journey to the past, where new and surprising discoveries await you at every street corner.

A richly illustrated volume (approx. 200 pp./280 ill., € 24.90) is appearing in conjunction with the exhibition as part of the series Kunststücke des Historischen Museums. It features Reiffenstein's 'Collection of Views of Frankfurt' under some 70 different catchwords. The artist's drawings and watercolours were digitized in their entirety within the framework of the preparations for the show, and will be made available to the public in the museum's online collection. A complete transcription of Reiffenstein's twelve-volume manuscript will likewise be accessible on the museum website and linked to the online collection to make this important source available to persons interested in the history of the city and its art for their research (coming, soon, www.reiffenstein-sammlung-frankfurt.de). 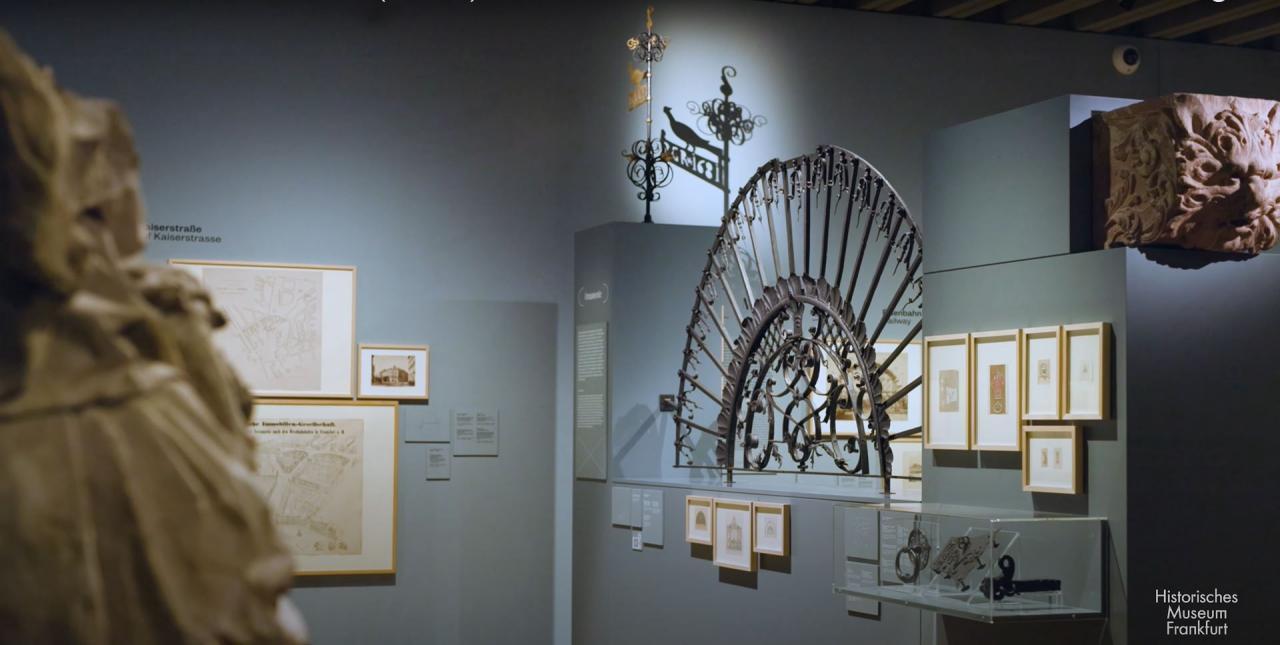 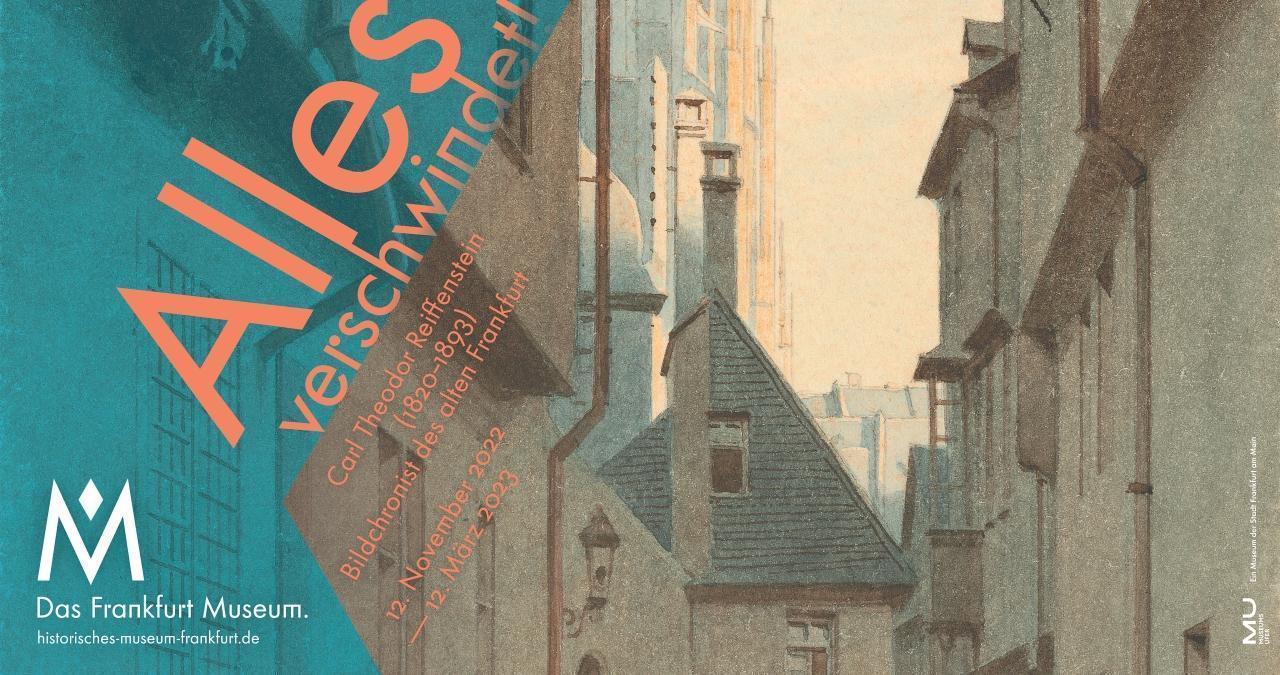 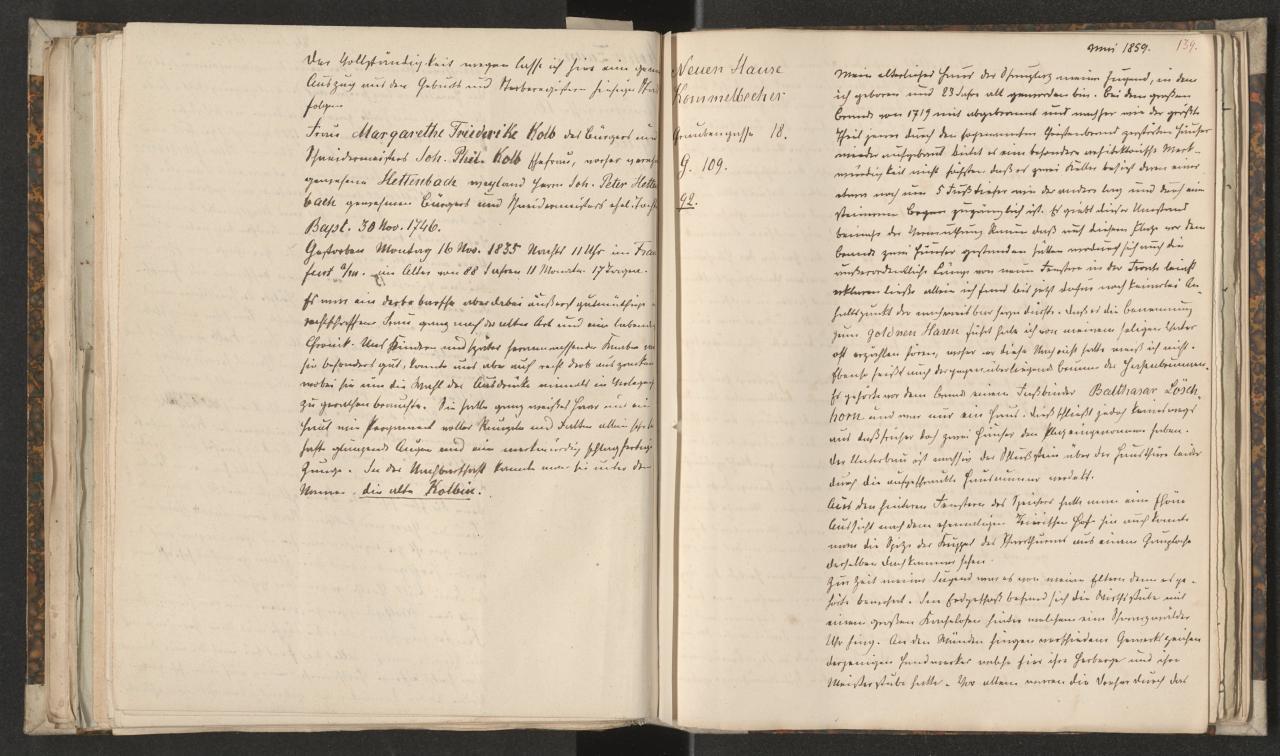