In the "Museum Inclusive" tour, the workshop employees of the Praunheimer Werkstätten tell eleven unusual stories about historical museum objects. During a five-day workshop, the participants researched eleven exhibits, wrote texts, prepared presentations and spent three days in front of the camera of a professional documentary filmmaker. The participants focused on their own perspectives and personal interests.

The resulting video clips reflect the idea of the "inclusive museum": to bring diverse perspectives of Frankfurt into the Historical Museum. But it is also about giving disabled people a voice in public. In keeping with our idea of inclusion, the workshops included encounters with the museum's curators, restorers and group facilitators. The publication of the new tour as part of a major event and with a subsequent inclusive "after-work disco" (where a participant of the project designed the music program) in the snowglobe foyer of the Historical Museum was a complete success. 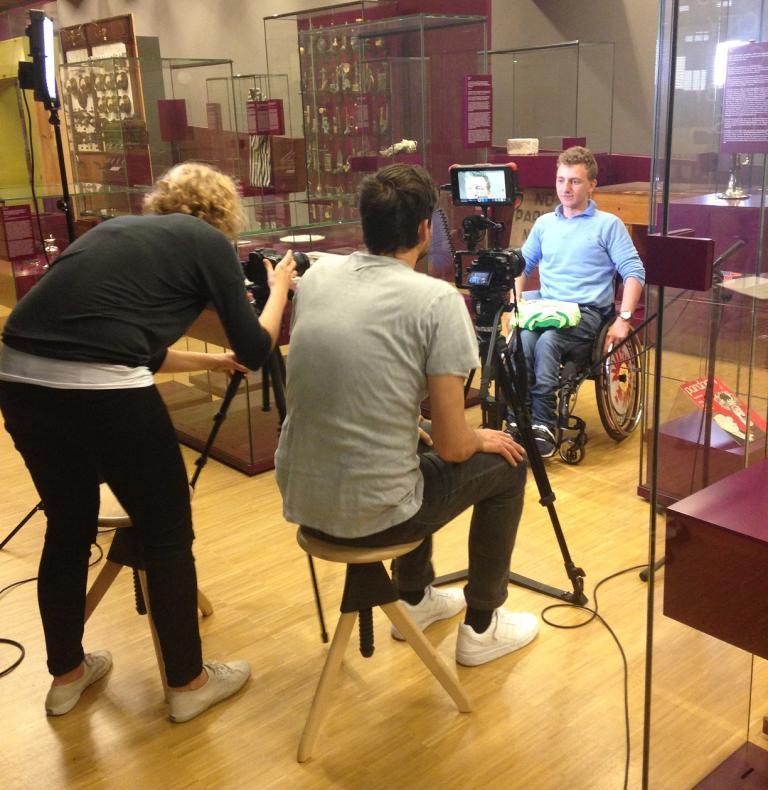 Here's the inclusive tour through the museum