The HMF becomes a time machine.

Exhibits from completely different eras of Frankfurt's history allow visitors to discover drastic changes, but also startling parallels. With the campaign "Traveling through Time", the HMF draws attention to its diverse offerings and promises an encounter with the city's past, present and future. The journey is exemplified by two museum exhibits each from widely diverget eras. Short accompanying texts on the exhibits presented in the campaign take visitors on the shortest route to the actual museum exhibition. 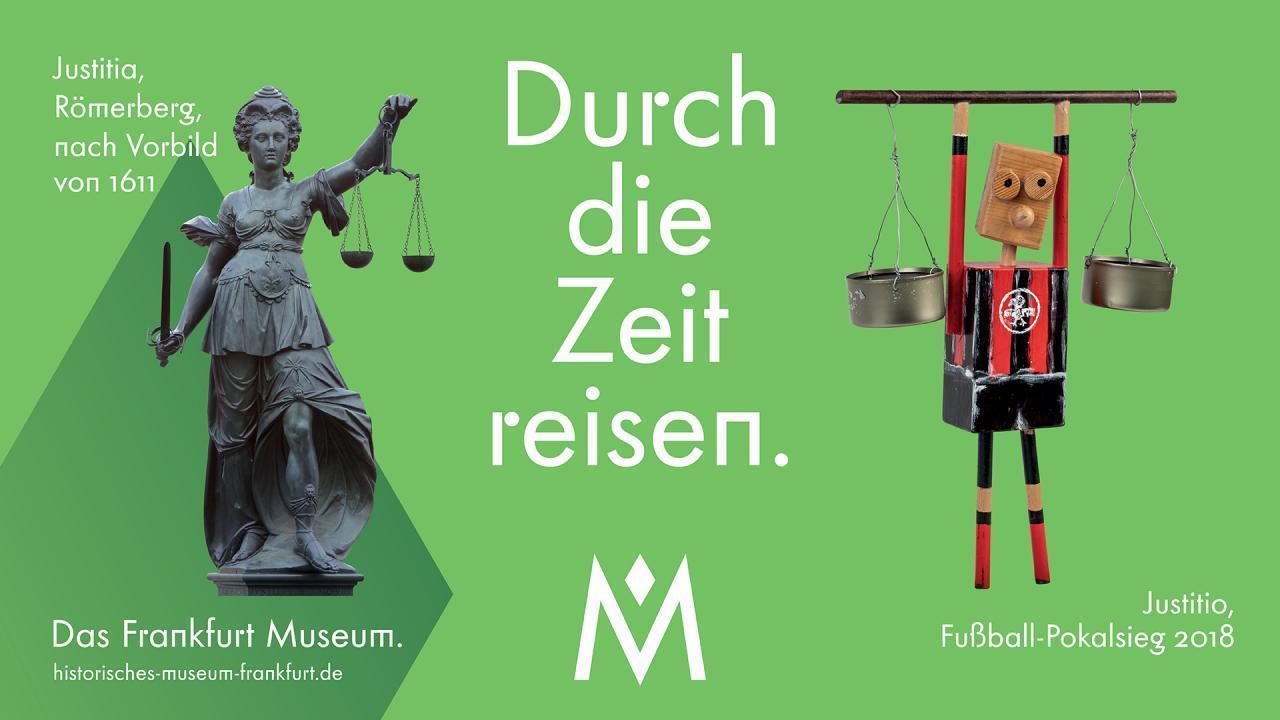 When Frankfurt am Main has something to celebrate, the city meets at the Justitiabrunnen. The model of the Justice figure dates from 1611, when emperors were crowned in Frankfurt and wine flowed from the fountain.
Justitia, Römerberg Frankfurt, based on a model form 1611 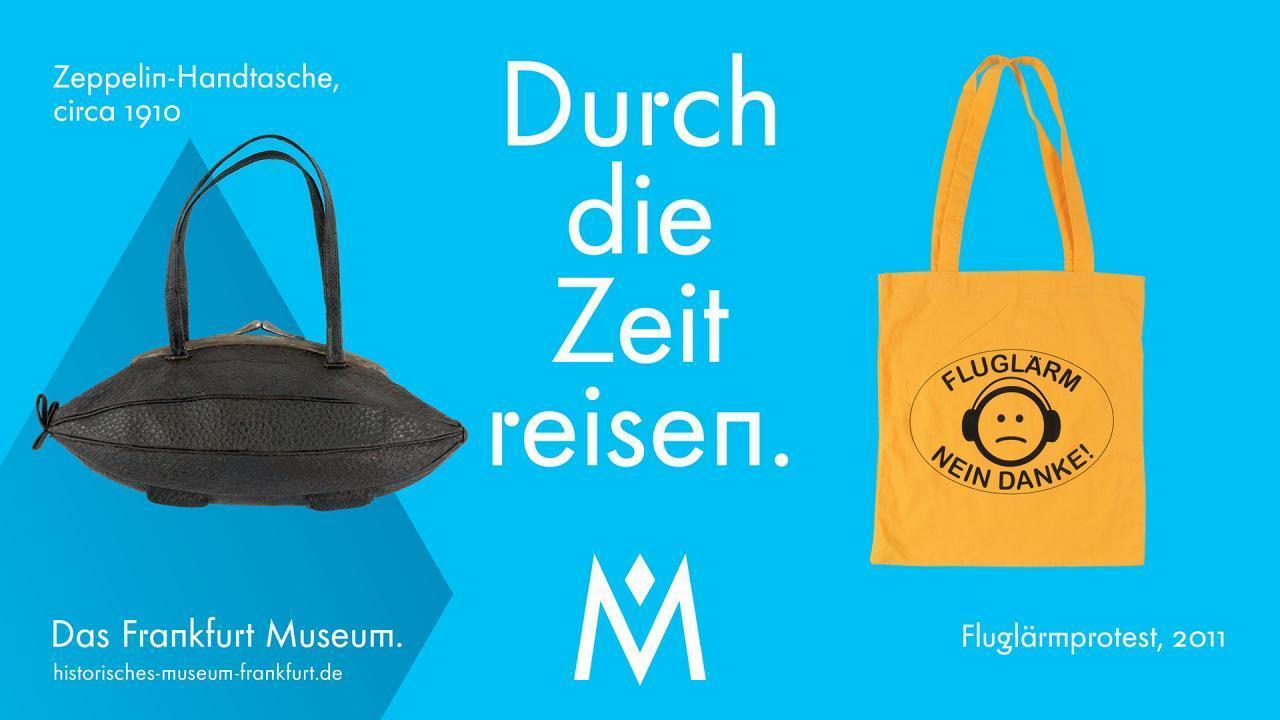 When the first airships flew overhead, people's enthusiasm was undivided.
Soon, fan articles were offered, like this Zeppelin-shaped ladies's handbag.
Zeppelin handbag, circa 1910

Since Frankfurt became an air traffic hub, many Frankfurt residents have been critical of the increasing aircraft noise.
The jute bag from 2011 was an expression of the protests against the expansion of the airport.
Aircraft noise protest, 2011 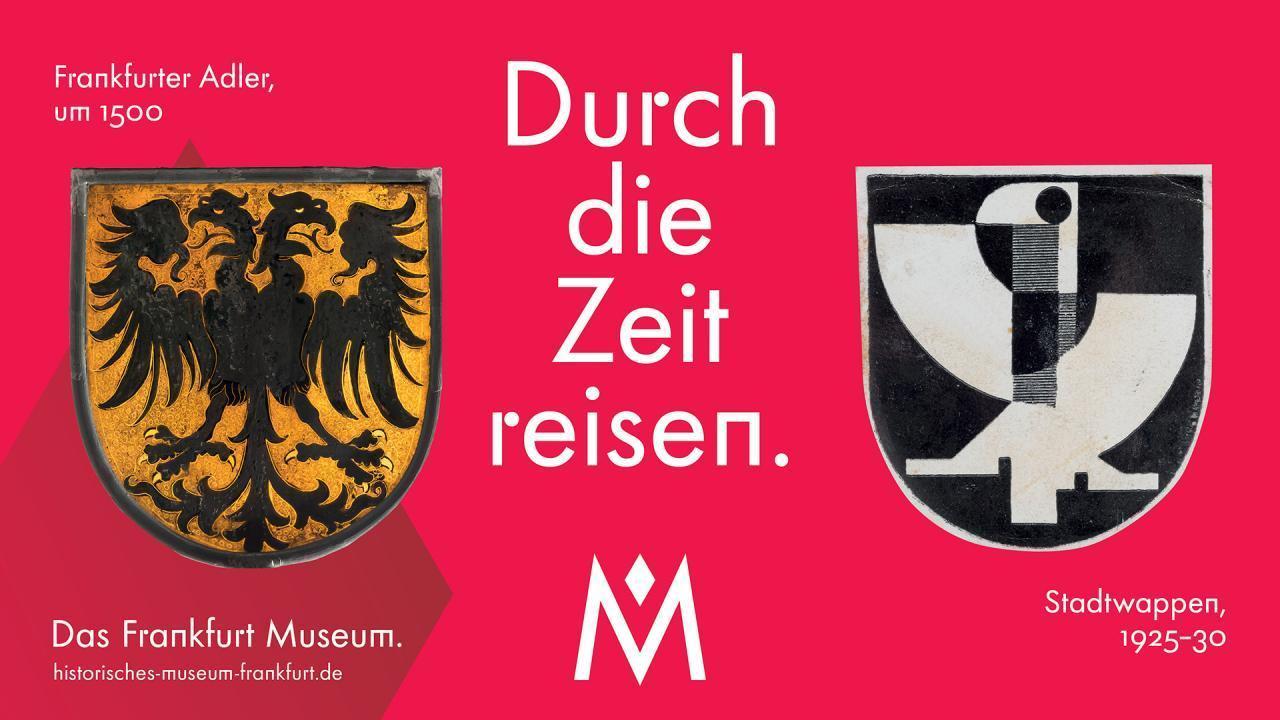 As an imperial city and coronation site, Frankfurt bore the eagle in its coat of arms. This double-headed heraldic bird was mounted above the north portal of the cathedral around 1500.
Frankfurt eagle, around 1500

Fron the old city coat of arms, the eagle found its way onto city printed matter in a stylized form. The modern design was created in 1925-30 by Hans Leistikow, an employee of city architect Ernst May.
City coat of arms, 1925-30 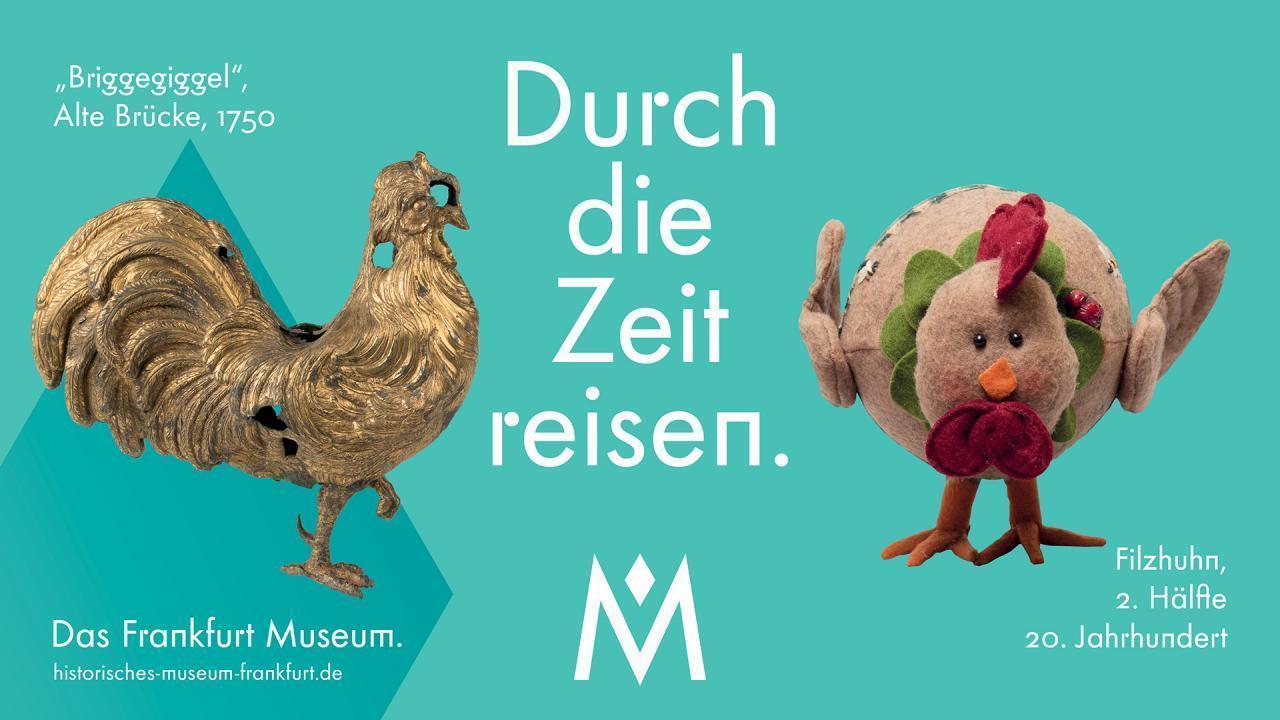 The golden "Briggegiggel" from 1750 was supposed to indicate the deepest point of the navigation channel to the riverboats on the Old Bridge. The bullet holes in the cock date back to the liberation wars of 1813.
"Briggegiggel", Old Bridge, 1750

The felt chicken is part of Frankfurt artist Karsten Bott's installation of objects from the past 50 years. History can also be shown with everyday things!
Felt chicken, 2nd half 20th century