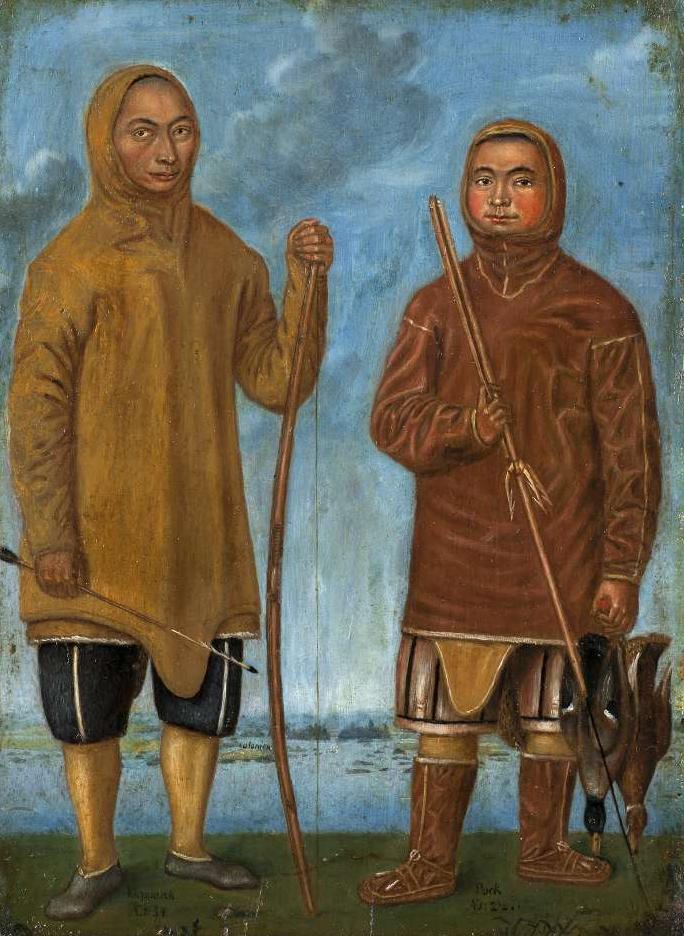 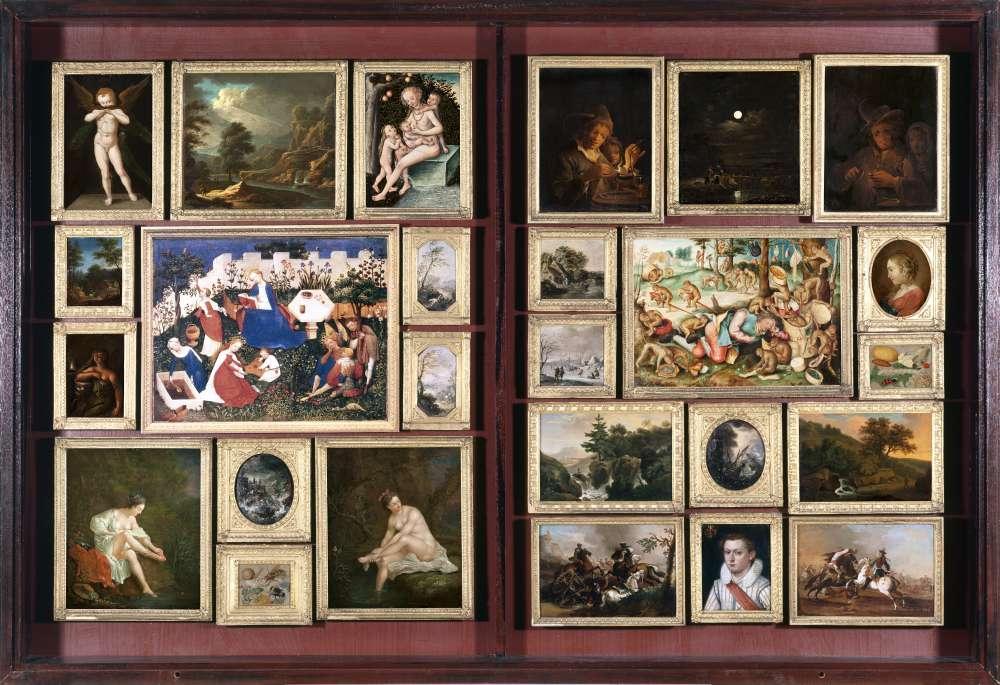 The collection of Johann Valentin Prehn (1749-1821) could be considered as one of the typical universal collections that many wealthy patricians, bankers, merchants and members of the intellectual elite in Frankfurt owned, as it contained not only works of art but also natural objects, ethnological objects, curiosities and a library. But for Prehn the situation is different. On the one hand, he belonged to the craftsmen's class as a pastry chef, and on the other hand his collection had a special character: Prehn had collected more than 800 small-format paintings in 32 wooden folding boxes, a picture gallery in miniature. There has probably never been a comparable collection in Germany; for this reason it is an important historic document in terms of collection and taste. But Prehn's "Kleine Kabinett" also contains important paintings; the most famous is the Paradiesgärtlein (Little Garden of Paradise) by an Upper Rhine master, created around 1410/1420 (on permanent loan in the Städel).

The "Prehnsche Gemäldekabinett", as the heirs wanted it to be called, consists of originals, copies and fragments by artists of the 15th to 19th centuries. The focus is on German, Dutch and Flemish painters of the Renaissance and Baroque periods, as well as on the works of contemporary artists from the region, including many well-known names such as Cranach and Holbein or Breughel and Bril, Van Goyen and Ostade, Titian and Carracci, Callot and Fragonard, Merian and Flegel. Some of the ascriptions of that time did not hold true. Prehn had a special preference for landscapes, sacred history paintings, portraits and genre pieces. Sometimes a tendency to curiosities, to amusing, bizarre and erotic subjects becomes apparent. Prehn has also occasionally included fragments of damaged or destroyed paintings with some surprising details in his cabinet, including a fragment of the important Dutch painter Geertgen tot Sint Jans.

Ernst Friedrich Carl Prehn removed the "Kleines Kabinett" from the sale of the collection in 1829, obviously because he wanted it to be preserved in the city as a heritage of his father. The City of Frankfurt accepted the Cabinet as a gift in 1839 and transferred it to the City Library at the Schönen Aussicht, where it has been on display since 1842. The Städel administrator Johann David Passavant completely rearranged the cabinet's paintings according to national schools on twelve large and eight small wall panels and published a catalogue of the collection. Together with other paintings from the municipal art collection, Prehn's cabinet was exhibited in the rooms of the Saalhof from 1867 onwards, before it came into the ownership of the Historisches Museum Frankfurt in 1878, where it was presented in the rooms of the building shared with the municipal archive. It was not until 1988 that the museum's curator of paintings, Kurt Wettengl, reconstructed it on the basis of the auction catalogue of 1829 and arranged the paintings again in 32 boxes.