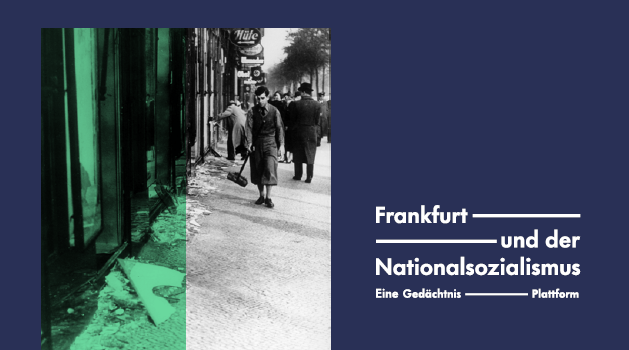 The Historical Museum Frankfurt, Jewish Museum Frankfurt, and the Institute for the History of Frankfurt (ISG) have joined forces to design an interactive and digital memory platform. Over 15,000 data sets are being combined from the three institutions, processed, and then made accessible via the project website, a location-based app, and a Digital Memorial.

Remembering Nazi injustices
Today, the critical engagement with National Socialism is facing new challenges. Given the city’s increasingly diverse urban society and ever fewer contemporary witnesses, there is a need for new, activity-based, and inclusive approaches. During the years of the Nazi regime, Frankfurt was transformed into an administrative centre organising systems of racist exploitation and the persecution of victims. Today’s city still has many places and traces recalling individual aspects of this history.

Digital memory platform for a diverse urban society
By facilitating a critical and multiperspectival access to the subject of Nazi injustices in Frankfurt, the platform makes this knowledge available and usable in inclusive, historical, and political educational work with varied and diverse groups. The geo-based app enables all those interested to trace the history of the Nazi years in the city. The Jewish Museum Frankfurt’s Digital Memorial provides the general public with access to information on around 12,000 Jews deported from Frankfurt and murdered.

Frankfurt and National Socialism. A Memory Platform is a digital project by the Historical Museum Frankfurt, Jewish Museum Frankfurt, and the Institute for the History of Frankfurt (ISG). The project is funded by the Education Agenda NS Injustice at the Foundation for Memory, Responsibility and Future (EVZ) and the Federal Ministry of Finance (BMF).

The press release Remembering Nazi Injustices (in German) from 26 November 2021 is available here.