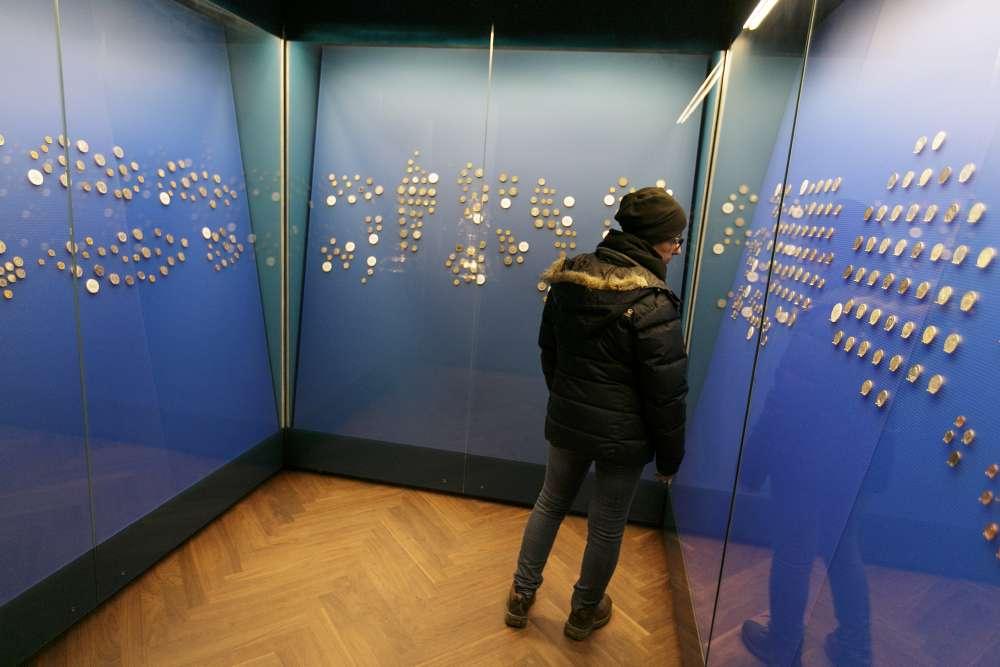 After a coin commission from six South German states in 1837, Frankfurt also planned to mint new money. A new building needed to be constructed for the mint. This occurred under the supervision of Friedrich Ernst Roessler, the son of Grand Ducal Hessian Münzrat (councillor to the mint) Hector Roessler. Embossing of new guldens and kreuzers began in 1840. Following the Vienna Coin Treaty of 1857, “Vereinstaler” (“union” thalers) were also minted in Frankfurt.

Alongside the municipal mint, Roessler also operated a private precious metal refinery. Parts of the minting machine from the Frankfurt mint were preserved. Many of the coining dies and counter dies, ferrules and weight sets are still around today.

A new currency was introduced as the German Empire was founded in 1871: the mark, equal to 100 pfennigs. The job of the precious metal refinery was to melt down old coins and to manufacture ingots and blanks for minting new coins. As the business increased in size, the so–called DEGUSSA was later established in 1873 as a corporation. All Frankfurt coins and the gold and silver coins of the German Empire were made of material that had run through the melt of the DEGUSSA. The raw metal was first poured into ingots and made into blanks  – coin blanks that haven’t been stamped . The final stamping took place in Frankfurt (until 1879) and at other mints of the German Empire.