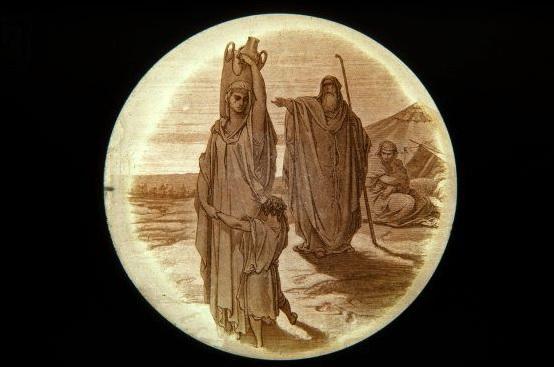 The collection includes several partial collections from  technical history, which thematise the new development of media and communication since the mid-19th century in the broadest sense, as well as a collection of documents (S-Inventar) which was joined onto this collection.

The range of objects in the collection pertaining to technical history includes the following three areas: Advertising media for visual media and analogous recording and playback devices.

The collection of advertising media includes company signs from Frankfurt businesses, product advertisements and neon signs such as the illuminated tower silhouette of the Turmpalast cinema which was torn down.

The section for visual media contains precursors to the development of photography and film. The collection  of more than 500 Laterna Magica images by Vienna projection artist Paul Hofmann from the second half of the 19th century was acquired in 1971. The images, which were presented in 1981 as part of a large exhibition with a collection catalogue, were mostly hand-painted and considered to be exceptional all over the world. 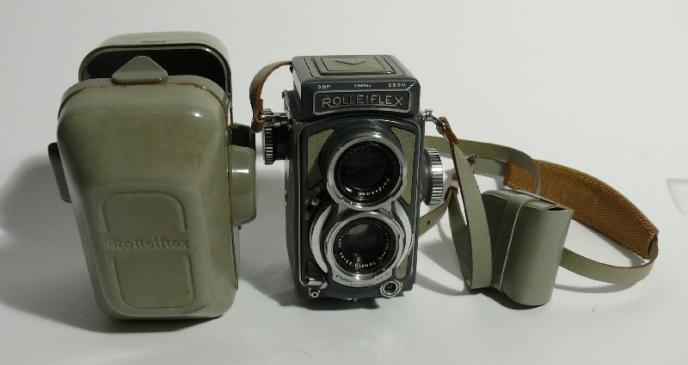 
The photo and film camera collection, which originated from a context of everyday history, received  a significant appreciation in 2012 in terms of technical history thanks to the legacy of German photographic cameras from the 20th century belonging to architect Dieter Samusch, comprising over 600 pieces. Lighting and projection technology, film bases and packing materials were also collected.

The section of analogue recording and reproduction devices is also made up of objects that come from collections pertaining to everyday history. It contains radios, gramophones and record players including the phonograms for shellac and vinyl recordings, tape recorders and tapes, cassette recorders with cassettes, and televisions as well as video recorders with video cassettes – all mostly from German production.

The origins of the collection of written material (S-Inventar)
As well as the technical collections on media history, new forms of collection relevant to present times have been developing since the mid-1970s. This has been happening as part of themes relating to everyday history and participatory exhibition projects on the young workers’ movement, the history of  National Socialism in Frankfurt as well as on the history of the women’s movement. A new collection (S-Inventar) was created at the end of the 20th century so that thematic and personal, printed or written documentary materials, collections of source material or legacies from project participants or contemporary witnesses can be kept on a permanent basis in addition to the everyday objects that often end up in the museum as donations via exhibition research.  It includes biographical documents and records, advertising and company publications, all kinds of guidebooks, children’s and school books, notebooks, newspapers and magazines, political advertising media, leaflets and pamphlets, picture albums and sample cards and books.

It ranges from forerunners of photography and film in the form of visual media, such as magic lantern images, advertising media such as company signs and illuminated advertising, to the collection of analogue recording and reproduction devices, such as photo and film cameras, radios and televisions, video recorders, gramophones, record players, tape recorders and cassette recorders.